How will Artificial Intelligence improve healthcare?

We have written about Artificial Intelligence multiple times on our blog and social media. Acknowledging the fact that we can use it in multiple ways to help ourselves is especially useful during theInternet era. AI is able to supply us with functional solutions for patients and providers.

The healthcare industry is in desperate need of enormous changes. Technology has been growing smarter every day, helping people live the life they need and deserve. From the minor cold to cancer - AI can be used to assess risk and intervene in the just-right moment.

In a world run by evolution, patients feel the setback of the healthcare industry. To continue growing, artificial intelligence must become an engine for the carriage housing patients.

There are multiple answers considering analytics and decision-making techniques, and as people grow used to AI day by day, it becomes more accurate and precise. Trying to understand humans, it should be considered helpful and used on a daily basis. Algorithms are able to learn from the data they interact with, which results in getting insights into patients' outcomes, diagnostics, or ways of treatment.

Partners Healthcare at the 2018 WMIF (WorldMedical Innovation Forum) introduced twelve areas and technologies of the healthcare industry that will probably receive the most attention from the artificial intelligence growth within the next ten years. Each of the areas can help and revolutionize the way the patients are treated.

Being supported by the Partners Healthcare system experts (with faculty from Harward Medical School) Chief Data ScienceOfficer Keith Dreyer, and Director of Research Strategy and Operations atMassachusetts General Hospital Katherine Andriole have been able to separate twelve courses of action that could result in the modern usage of AI in healthcare.

1. Brain-computer interfaces as a way of uniting mind and machine

We have been using computers to communicate fora while now. It is not a new idea but has always been correlated with keyboard, mouse, and monitor. What if we could transfer information between humans and AI without any of these?

Not everyone can speak, move, or interact with others; often because of disease or trauma. What could help are brain-computer interfaces called BCIs that would be able to give back the ability to communicate to those who need it.

BCIs acquire brain signals, perform an analysis, and then translate them into commands that once in an output device, are able to carry out the desired action.

“By using a BCI and artificial intelligence, we can decode the neural activates associated with the intended movement of one’s hand, and we should be able to allow that person to communicate the same way as many people in this room have communicated at least five times over the course of the morning using a ubiquitous communication technology like a tablet computer or phone.” - says Leigh Hochberg, Director of the Center for Neurotechnology and Neurorecovery atMGH.

This technology would be of help for patients suffering from ALS, strokes, and many more.

2. Another universe of radiology tools

Visibility into the human body is one of the most vital parts of healthcare that is often crucial in determining the wrongdoings of one’s system. Although we use MRI machines, scanners, or x-rays, many processes are still in the hands of physical tissue samples that are obtained during biopsies. Biopsies carry risks such as potential infection.

“If we want the imaging to give us information that we presently get from tissue samples, then we’re going to have to be able to achieve very close registration so that the ground truth for any given pixel is known,” says Alexandra Golby, Director of Image-Guided Neurosurgery at Brigham & Women’s Hospital.

The AI may help by broadening the knowledge about the behavior of tumors as a whole -leaving the decisions based on small segments in the past. It also is possible to obtain information about the aggressiveness of cancers.

Virtual biopsies enabled by AI are an entirely new world in the healthcare system. To come up with the proper algorithm, would result in knowing much more than we do now.

3. More access to healthcare in poorer or developing countries

Healthcare should be accessible to everyone and everywhere. It is a basic human right to get help. Sadly, in today's world, it is impossible to say that any person in need is always going to be protected by professionals.

The session pointed out that more radiologists live in Boston than in all of WestAfrica, but there is a solution.

Taking over some of the work such as diagnostics, there is a probability thatArtificial Intelligence can help with reducing the damage of this deficit.

Although the idea sounds revolutionary, there is a challenge for the developers that have to be sure of their understanding of the environmental factors’ differences. Residents living in different regions have their uniqueness thathas an influence on diseases.

“The course of a disease and population affected by the disease may look very different in India than in the US, for example,” says Jayashree Kalpathy-Cramer, Assistant in Neuroscience at MGH and Associate Professor ofRadiology at HMS.

EHRs seem like a mastermind project in the modern world that brought digitalization to the healthcare system, however, it is also connected with such disadvantages as sensory overload, too much documentation, and burnout.

Automatic interfaces and processes have been brought up by EHR developers using AI.Overconsumption of users’ time is in the past now! Most of it, they spent on order entry, clinical documentation, and sorting, said Adam Landman, VicePresident, and CIO at Brigham Health. Of great help are voice recognition and dictation even though NLP (natural language processing) tools may not be developed enough.

Everforgotten about your medication refill? Been really pissed off about the lack of your results notification? Artificial Intelligence may help you with these things. It also would be able to show you the importance of said tasks - and inthe end, prioritize certain actions from your to-do list.

5. Keeping under control the risks of antibiotic resistance

The overuse of drugs results in a lack of response to treatment - and that is called antibiotic resistance. Reported C.difficile has an account of 5 billion dollars in annual costs for the US healthcare system and has taken more than 30 thousand lives.

EHRs are able to identify infection patterns and show to whom the risk is higher even before any symptoms are shown.

"AI tools can live up to the expectation for infection control and antibiotic resistance,” Erica Shenoy, Associate Chief of the Infection Control Unit atMGH.

One of the most notable sources of diagnostic data is pathologists.  Jeffrey Golden, Chair of the Department ofPathology at BWH says that as much as 70% of all decisions in healthcare are based on a pathology result. Digital pathology and AI have an opportunity to become more accurate and as a result, get the right diagnosis.

The human eye is not perfect and surely is not able to notice every small indifference -analytics would be able to show the pixel level on enormous digital images.

“We’re now getting to the point where we can do a better job of assessing whether a cancer is going to progress rapidly or slowly and how that might change how patients will be treated based on an algorithm rather than clinical staging or the histopathologic grade,” said Golden. “That’s going to be a huge advance.”

Stay tuned for part II of ‘How will Artificial Intelligence improve healthcare’’! 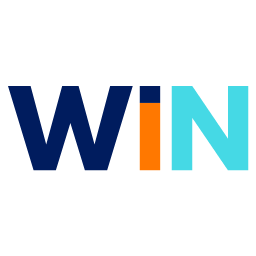